» 2020 prizewinners for excellence in gender and sexuality research

2020 prizewinners for excellence in gender and sexuality research

Four sub-committees are convened by the Gender Institute every year to decide the award for each category. The categories this year were: Honours thesis, Masters thesis, PhD thesis and Journal Article. Prize recipients are selected on the following basis: 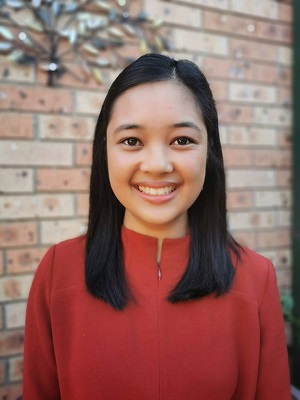 Abstract
On 30 January 2017, a historic event occurred for the Australian legal community. After more than a century since the formation of the High Court of Australia, Susan Kiefel became the first female Chief Justice to lead the Court. Never before had a woman occupied the highest position in Australia’s constitutional and ultimate court of appeal. Yet, Kiefel’s experiences as a woman in the law demonstrate that the entry of women to the most visible and powerful levels of judicial authority is not enough to discard the idea that women remain ‘fringe-dwellers of the jurisprudential community’.
Bio
Jessica Apolinar is a former ANU Law (Honours) and Politics, Philosophy and Economics student. She is passionate about how law, politics and institutions shape the experiences of minorities and marginalised groups, especially women. However, it was not until later in her degree that she became fascinated by the role of identity. This led her to study the continuing pressure on the woman judge to separate her identity as a woman from her judicial role. She first explored this topic through a podcast episode on the experiences of United States Supreme Court Justice Elena Kagan and former High Court Justice Virginia Bell as part of the Australian-United States Comparative Law course. Jessica’s undergraduate Honours Thesis delves deeper into this issue by studying the life and experiences of Australia’s first female Chief Justice, Susan Kiefel.
Jessica is currently a graduate at the Department of Social Services and is preparing to undertake her Graduate Diploma of Legal Practice this year. As a result of various natural disasters occurring around Australia, she has been called to assist with providing relief to affected individuals and families. She hopes to expand on her research through a podcast series on women, minorities and the law.

Abstract
The Teesta river is one of the crucial rivers in Bangladesh. However, climate and environmental stressors, and transboundary water disputes are causing high water variabilities and biophysical alterations in the Teesta river. Riverine people are experiencing critical ecological, socio-economic and cultural changes in their lives due to these alterations. Applying a feminist political ecology approach, this research aims to explore women’s experiences and survival strategies to cope up with the climatic and ecological changes in the Teesta basin. From in-depth interview and small group discussion, the study reveals women’s critical observations on water variations in the river and its induced ecological changes, cultural and social impacts in their lives and transformation in their livelihood strategies. This research further explores, although women experience hardships due to climate and ecological changes, they are not merely sufferer of the vulnerable situation. Women, based on their experiences and insights, develop their survival strategies to adapt with climate adversities, minimise risks associated with the climate change and improve their socio-economic condition that also make them saviour at both individual and community levels.
Bio
Zarin Yesmin Chaity is a graduate of the Master of Climate Change program of Crawford School of Public Policy at ANU. Zarin is currently working as an Assistant Professor at the Department of Gender and Development Studies in Begum Rokeya University, Bangladesh. She received the prestigious Australia Awards Scholarship funded by the Australian Government in 2019 and pursued her second master’s degree at ANU. She completed her Bachelor and first master’s degree in Women and Gender Studies from the University of Dhaka, Bangladesh. Zarin aspires to do research that explores climate change impacts and adaptation strategies from feminist and transboundary political ecology perspectives. She has presented her research at an International Conference organised by the University of Dhaka where her discussion on the transformation of women from a sufferer to a saviour group in climate-vulnerable areas in northern Bangladesh has grabbed attention and been appreciated by the audience.

Abstract
Through an ethnographic study of civil society organisations (CSOs) in Taiwan, this research endeavours to explore how Acquired Immunodeficiency Syndrome (AIDS) and biomedical approaches to controlling the epidemic have framed everyday life amongst ganranzhe (感染 者, HIV infected individuals) and feiganranzhe (非感染者, HIV uninfected individuals) from tongzhi (同志, Comrades, LGBT populations) communities whose members are labelled as populations at risk. The health regime of the Human Immunodeficiency Virus (HIV)/AIDS in Taiwan, it is argued, redistributes state power to local social bodies where the decentralised governance of sexual minorities and social deviants is exercised through compassionate voluntary labour. Moreover, this health regime has escalated and engendered everyday struggles which the affected endure and will continue to confront.
Bio
Yi-Tsun Chen was involved in a number of diplomatic liaisons on behalf of the Taiwanese Association of Canberra and the Taipei Economic and Cultural Office in Australia to making representations with respect to Taiwan’s role in the World Health Organisation. In recent years, I have been working in a diverse range of positions, including hospitality, research grants management, policy and practice analysis and research strategy planning, across several schools and departments at ANU. I had also previously been employed as a research assistant at the Department of Life Science, National Taiwan Normal University and the Institute of Ethnology, Academia Sinica, Taiwan. My studies, in addition to social foundations of medicine, including life/biological science, anatomy and cell biology and public health show my interdisciplinary skills of analysing health related topics, technology and societies through quantitative and qualitative approaches. Having been working closely with community services sectors and deeply engaged in everyday lives of People Living with HIV/AIDS, I am committed to the principals of equity, social justice and human rights. My constant conversation with the key political influencers in Australia, particularly the Shadow Minister for the National Disability Insurance Scheme and for Government Services, Hon. Bill Shorten MP and advocates for Union values and community services has broaden my knowledge to the political landscape and diplomatic relationship and dynamics between Taiwan, Australia and China and in Asia-Pacific. With specialities in both social and natural sciences and experience of research strategy and management, I am proficient in translating theories into practical knowledge to develop and pilot innovate approaches for the formulation of evidence informed practices and policies attuned with relevant ethical and governmental agendas and values. 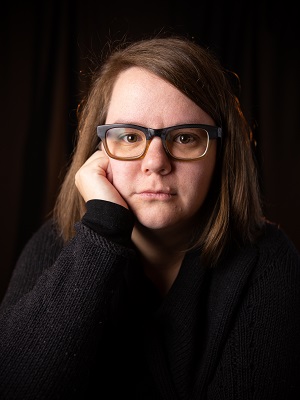 Abstract
It is common for the international community to restrict financial flows to terrorist groups as part of efforts to combat terrorism. However, this strategy was less effective with Da’esh because they were a largely financially self-sustaining organization. Analysis of the caliphate’s economy and any external funding streams was not gendered. Had analysts understood Da’esh through a gendered lens they could have identified a route toward restricting income. It was known that approximately 7,000 Yazidi women and girls were held in sexual servitude at the height of the caliphate. Because little to no effort was made to account for these women in the battles for Raqqa or Mosul and military operations did not include freeing such slaves, the Yazidi community was left with no choice but to try to buy back their loved ones. This market in sexual slavery may have injected as much as US$21 million into the Da’esh economy, and buying back the remaining captives could provide Da’esh with up to US$90 million more. Had international security operations accounted for those in captivity and freed them as part of the war against Da’esh, it could have reduced this revenue stream. This article calculates the monetary value of Da’esh’s market in sexual slavery as a means of demonstrating the effect of not gendering conflict analysis and intervention in the war against Da’esh.
Bio
Susan Hutchinson is a part time PhD student at the Coral Bell School of Asia Pacific Affairs. She lives with a chronic, disabling illness. Susan's PhD research is on the military implementation of the suite of UN Security Council resolutions on Women, Peace and Security. She is also the architect of the prosecute; don't perpetrate campaign to help end impunity for conflict related sexual violence; and writes for a range of policy blogs and some mainstream media outlets. She has worked for NGOs, the Federal Government, and served in the military.
Michelle Staff, Women's Rights on the World Stage: Feminism and Internationalism in the Life of Chrystal Macmillan, supervised by Professor Angela Woollacott. 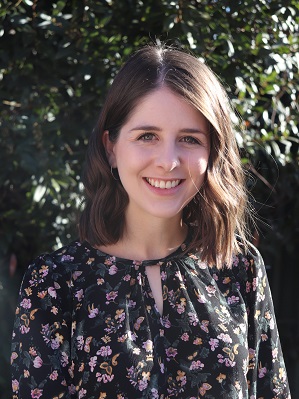 Abstract
This article seeks to explain how and why feminists engaged with internationalism during the first half of the twentieth century by exploring the life of the Scottish feminist Chrystal Macmillan (1872–1937). Adopting an understanding of "personal history" as a form of microhistory, it explores the development of her internationalist approach by focusing on her campaigns for women's suffrage, peace, economic equality, and nationality rights. Macmillan initially saw cross-border cooperation between women as a way to buttress local efforts. Yet during the interwar period, she came to see the new intergovernmental institutions as sites of both opportunity and additional contestation. Through building a transnational women's movement, Macmillan brought a feminist vision of internationalism into dialogue with state-led internationalism, aiming to challenge and shape the fledgling norms of interwar international political life. The evolution of her approach illustrates how internationalist feminism at this time was characterized by innovation, reaction, hope, and disillusionment.
Bio
Michelle Staff is a PhD candidate in the School of History at the ANU. Her research investigates the lives of several Australian and British feminist internationalists during the interwar period, exploring themes of gender, race, empire, and international cooperation. She has previously studied at the University of Sydney (BA Hons) and the University of Oxford (MSt). Michelle’s work has been published in the Journal of Women’s History and The Conversation.