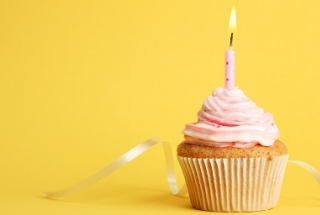 November 2018 marks the one year anniversary of Australia’s yes ‘vote’ in the Marriage Equality Postal Survey. This vote represented a significant moment in the fight for LGBTIQ rights in Australia, as well as in global campaigns for marriage equality. Over the past decade there has been an increasing trend for countries to legislate for marriage equality, either through the passage of laws through Parliament, judicial decisions based on the principles of equality and non-discrimination, or through national votes. Despite this momentum, marriage equality remains a site of contention. Struggles over same sex marriage pose a distinct set of dilemmas, especially when governments determine the question using direct democracy. What are the implications of such processes for LGBTIQ people, their families and communities? What sorts of proxy debates erupt in relation to these ballots? What kinds of precedents do such ballots create?

Queer and feminist debates regarding marriage, and marriage equality in particular persist. Some continue to argue that the rights provided by marriage equality fail to satisfy as citizenship rights invariably rely on the exclusion of those who do not or cannot fit. Twelve months after the event, has people’s thinking shifted? Might legislating for marriage equality incite new forms of resistance to marriage? As Annamarie Jagose argues “important questions of social justice, equity and social belonging cannot get worked out across such an absurdly constrained and increasingly irrelevant category as marriage”. However, for many the passage of marriage equality has major symbolic significance because of its capacity to authorize diverse relationships and kinship affiliations. Marriage equality also has the potential to inspire creative new forms of marriage and associated rituals and arrangements.

This symposium will explore these various debates as well as considering diverse national and international perspectives surrounding marriage equality.