» Global echoes of rape and resistance

Global echoes of rape and resistance 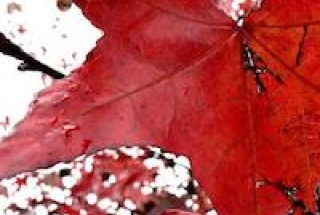 This lecture by visiting Professor Linda Martin Alcoff explores the conditions of echoing and echoability in the context of the epidemic of global sexual violence. The lecture is followed by a robust and compelling question time.

Catch up via the podcast: Global Echoes of Rape and Resistance (mp3, 50.76MB)

Abstract: Jose Medina develops a concept of echoing, and echoability, as an important way to understand social change. He writes that “the transformative impact of performance that we consider heroic is crucially dependent on social networks and daily practices that echo that performance.”(The Epistemology of Resistance 187) Without an understanding of the social conditions that turn an individual act into one with socially understood meanings and effects, Medina says we can fall into a “dangerous trap that the dominant individualism in Western cultures sets up for social movements of resistance.” Clearly, however, echoing can happen in a variety of ways that are both productive and unproductive for transforming the social relations of power. In this presentation I want to explore the conditions of echoing and echoability in the context of the epidemic of global sexual violence. Sexual violence requires its own specific analysis because it is silenced, and victims are discredited, in very particular ways. Thus we need to develop a very particular form of what Medina calls “meta-lucidity,” or an understanding about how power may be distorting communication and knowledge. I will develop eight points that are critical for creating a meta-lucidity around the topic of sexual violence, and I will draw my arguments from some specific cases in the news.

This lecture is presented by the Department of Gender, Media and Cultural Studies, ANU College of Asia and the Pacific and supported by the ANU Gender Institute.

Linda Martín Alcoff is Professor of Philosophy at Hunter College and the Graduate Center, CUNY, and Acting Director of the Center for the Study of Women and Society at the CUNY Graduate Center. She is a past President of the American Philosophical Association, Eastern Division. Her writings have focused on social identity, gender and race, epistemology and politics, sexual violence, Foucault, Dussel, and Latino issues in philosophy. She has written, co-written, edited and co-edited thirteen books, including: Visible Identities: Race, Gender and the Self (Oxford 2006), which won the Frantz Fanon Award for 2009; Singing in the Fire: Tales of Women in Philosophy (Rowman and Littlefield 2003); Identity Politics Reconsidered co-edited with Michael Hames-Garcia, Satya Mohanty and Paula Moya (Palgrave, 2006). She is originally from Panama, but lives today happily in Brooklyn. For more info go to www.alcoff.com