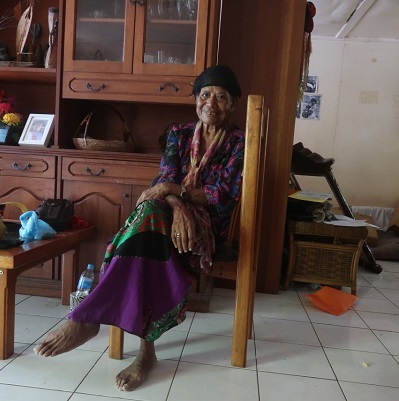 Hon Nahau Rooney, politician and advocate for women’s rights died unexpectedly on Manus Island, Papua New Guinea on the morning of September 15, at the age of 75. This was just the day before PNG celebrated forty-five years of independence. Nahau was an early pioneer for women’s political representation and rights in the region. Nahau was one of only three women elected to the inaugural PNG parliament after independence in 1977 and served as Minister of Justice in the Cabinet of the first Prime Minister Michael Somare. She was re-elected in 1982, representing the Manus Regional Constituency in Manus Province, and was the only female member of the PNG Parliament in that period. She remained active in politics for decades and was for a time President of the National Council of Women. She advocated for development led by communities rather than the externally imposed development she had witnessed on Manus since the battles of World War Two. In 2006 she was honoured with the title of the Companion of the Order of the Star of Melanesia for distinguished public service in PNG. In recent decades she ran a guest lodge in Lorengau, Manus. Our colleague Dr Michelle Nayahamui Rooney of the Crawford School is the daughter of Nahau and her late husband Wes Rooney. She is travelling back home to lay her mother to rest. Before she left she offered us a photo of her mother which she took in March 2020.